Lymphedema As A Side Effect Of Breast Cancer Treatment

This is a terrific article from “General Surgery News”.  As we strive to have less morbidity (long term consequences of our treatment) the hope is to reduce the amount of axillary (lymph node) surgery. 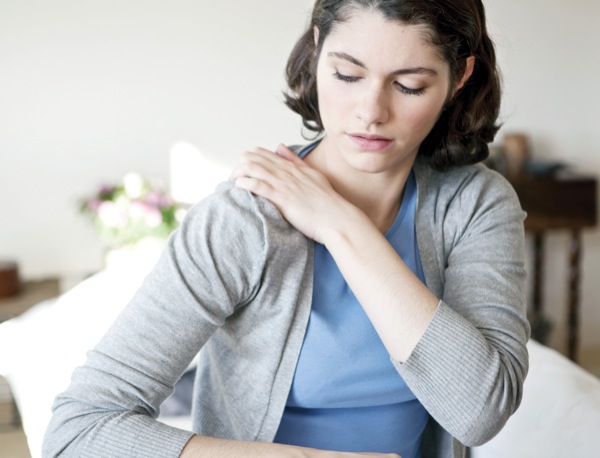 “Our findings highlight opportunities for preoperative counseling, early referral to physical therapy and identification of resources for ongoing support for those at increased risk,” said lead author Anne Kuijer, MD, PhD, a surgical resident at Diakonessen Hospital Utrecht, in the Netherlands, and a former postdoctoral research fellow at Dana-Farber Cancer Institute/Brigham and Women’s Hospital, in Boston. She presented the study at the 2017 annual San Antonio Breast Cancer Symposium (abstract G5-03).

Dr. Kuijer said a recent meta-analysis showed that 20% of all breast cancer survivors experience lymphedema, and 4% to 28% have shoulder impairment, depending on definition and measurement methods used. Little is known, however, about women younger than 40 years of age because they are frequently underrepresented in clinical trials. “There are currently no prior studies on the risk of arm morbidity in young breast cancer survivors,” Dr. Kuijer said. “It is particularly important in this patient group, given their longer survivorship period, more active lifestyle and importance of body image.”

In the current study, Dr. Kuijer and her colleagues used the YWS to assess the incidence of self-reported arm swelling and decreased range of motion, as well as identify risk factors for arm morbidity. The YWS was established in 2006 to explore biological, medical and psychosocial issues in breast cancer patients aged 40 years or younger at diagnosis. The prospective cohort study included 12 hospitals, from both the academic and community setting; 1,302 women consented to participate and completed surveys at baseline, every six months for three years and then annually. The median age of patients in the study was 37.

Dr. Kuijer reported that 60% of patients in the cohort had radiation therapy, 96% had breast-conserving therapy, and 50% opted for a mastectomy. Roughly 30% of patients in the study had breast-conserving therapy, 25% underwent a unilateral mastectomy, and 45% underwent a bilateral mastectomy. The majority of patients (55%) had a sentinel lymph node biopsy (SLNB) only, 20% had an axillary lymph node dissection (ALND) alone, and 21% had both (SLNB + ALND). Roughly 80% of patients had pathologic T1 or T2 disease, 58% had node-negative disease, and 32% had pathologic node 1 disease. Roughly 60% of patients had grade 3 tumors, 72% were estrogen receptor–positive, and 65% were HER2-negative.

Dr. Kuijer and her colleagues focused on results from the Breast Cancer Prevention Trial Symptom Checklist, a validated measure for physical symptoms in patients with, or at risk for, breast cancer. The checklist includes two questions on arm morbidity: Have you experienced arm swelling or a decreased range of motion on the side where you had surgery during the past four weeks, with a 5-point response scale from 0 (none) to 4 (very much)? The investigators analyzed data on patient characteristics, including age at diagnosis, employment status, financial status, body mass index and ethnicity; and reviewed medical records for pathology, staging, type of surgery, use and type of radiation therapy, and use and timing of adjuvant systematic treatment.

“Attention to the risks and benefits of local therapy strategies, specifically breast conservation therapy versus mastectomy, in the young populations is also warranted,” Dr. Kuijer said.

Asked to comment on the study, David Euhus, MD, chief of breast surgery at Johns Hopkins Hospital, in Baltimore, told General Surgery News that “the study is important because it highlights morbidity caused by axillary procedures.” He said the results are similar to a 2016 meta-analysis (J Clin Oncol 2016;34[7]:655-658), but the current study focuses on younger women.

“The role of axillary surgery in the management of breast cancer is diminishing. The study by Kuijer et al reminds us that even limited procedures, like sentinel node biopsy, can cause bothersome symptoms,” Dr. Euhus said. “This should spur us on to develop the molecular tests that will eventually make routine axillary surgery obsolete.”